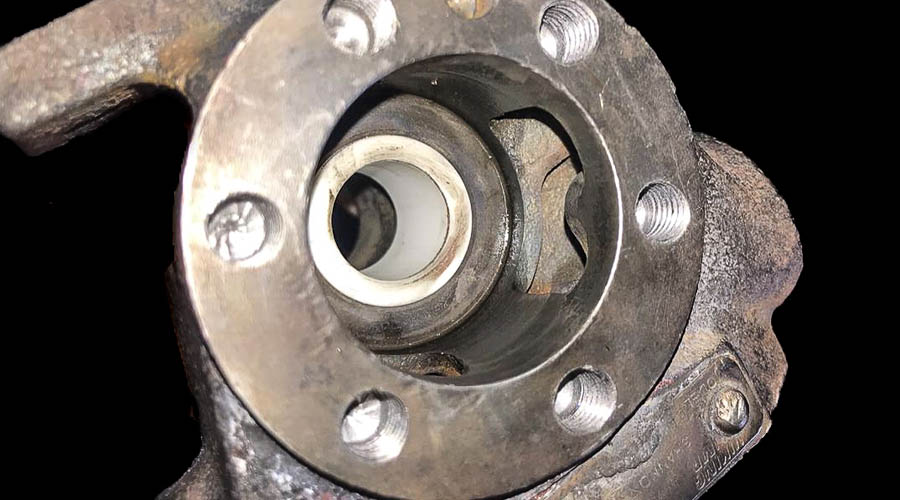 Moves away from bronze and rubber bearings have boosted the profile and sales of polymer products such as Vesconite. Although many are now discovering the benefits of Vesconite, many more have known of their advantages for years. Vesconite lasts longer, wears less, requires less maintenance and doesn’t require lubrication, making it suitable for different applications, in different industries in different continents.

“A state like California has banned lead so you cannot sell a bronze product. People have to find an alternative,” says Vesconite Bearings’ technical representative, Charlie Simpson.

“We are getting more and more business as people move away from bronze and rubber bearings.”

Simpson says Vesconite has seen steady growth in sales from the US over the last two years. Some of this is due to the need for an alternative product; much is due to the benefits of Vesconite, such as increased efficiency.

Simpson says the companies in the US are willing to test and try new things. “If they can get five percent more efficiency they will go for it.”

Which is something Eric Bruggeman has known for years. Before he moved to head up the South African Capital Equipment Export Council, Bruggeman was MD of APE Pumps. Based in South Africa, APE Pumps supplies pumps to projects around the globe including countries such as Zambia, Iraq and South Africa.

Efficiency was a problem for Bruggeman, who tried different types of bushings before being introduced to Vesconite.

“As soon as there was sand in a pump with metal bearings it would stick,” Bruggeman says.

“We used rubber bushings, but they didn’t work.”

And this was after trials in a test environment, which Bruggeman says will give results that may not be the same in real life applications.

“You can test something on the rig and get certain efficiencies. Put it in the plant and two days later efficiency is different. There’s sand and grit, they block up grooves, the bearings burn.”

So a pump would last three to four months.

“It was a nightmare.”

Bruggeman was introduced to Vesconite in the late 1990s when a representative walked into his office.

“Our own mechanical seals were brittle – the bearings were thin and were cracking. Vesconite was unbelievably tough. You could drop it and put it back in the pump,” he says.

“Stainless steel would wear down, and have to be replaced. That didn’t happen with Vesconite.”

Bruggeman was so impressed with the material he replaced every bushing he could with Vesconite.

“The pump would just run and run and we didn’t need to bother with grease or anything. When the strainer was blocked the Vesconite bearings stayed.”

Bruggeman also went to the extreme of putting fine glass, “glass eats anything”, in the pump to see what the wear and tear on the bearing would be.

“It was more expensive than bronze but if you look at overall performance there was no downtime and maintenance. Even in Richard’s Bay harbour with salt water. So it was worth it,” he says.

“Lots of people knew our pumps weren’t the cheapest but they lasted the longest.”

Used in the automotive, marine, mining, water, irrigation, steel, agriculture and railway industries, Vesconite has proved itself in tough conditions. Although pump bearings are not its only application, the bearing has shown itself to be unbeatable across continents.