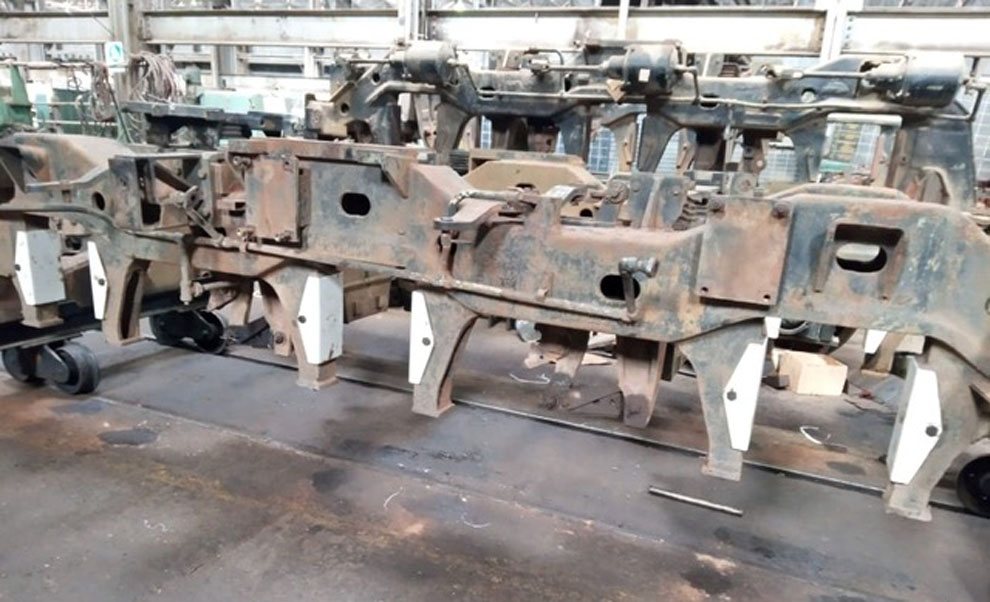 A freight operator in Africa tested Vesconite’s Hilube 20 pedestal liners on its type 9307 locomotives and will be installing these liners due to their better wear resistance.

Pedestal liners are installed on the locomotive at the interface between the pedestal leg and the axle box. They reduce the friction at this interface, which enables the axles to move freely in a vertical and lateral direction. Low-friction pedestal liners are key in reducing the force required for the wheel set to move laterally when the train comes into contact with a defect in the rail.

Hilube 20 is a ductile, self-lubricating material with a maximum design load of 20 MPa and a coefficient of friction ranging between 0.15 – 0.19.

The freight operator replaced its manganese steel pedestal liners with Vesconite’s Hilube 20 to determine if the company would get better performance during on-track testing.

The operator carried out a preliminary inspection of the liners one month after installation. The test revealed the wear plates to be intact, with no evidence of wear or abnormality. The rolling stock engineer said that, in comparison to Hilube 20, the manganese steel liners wear faster on visual inspection. The engineer also found the installation time of the Hilube 20 liners to be much quicker.

Due to the improved performance of the Hilube 20 pedestal liners, the liners have been approved as a replacement for manganese steel liners on the rail operator’s rolling stock.