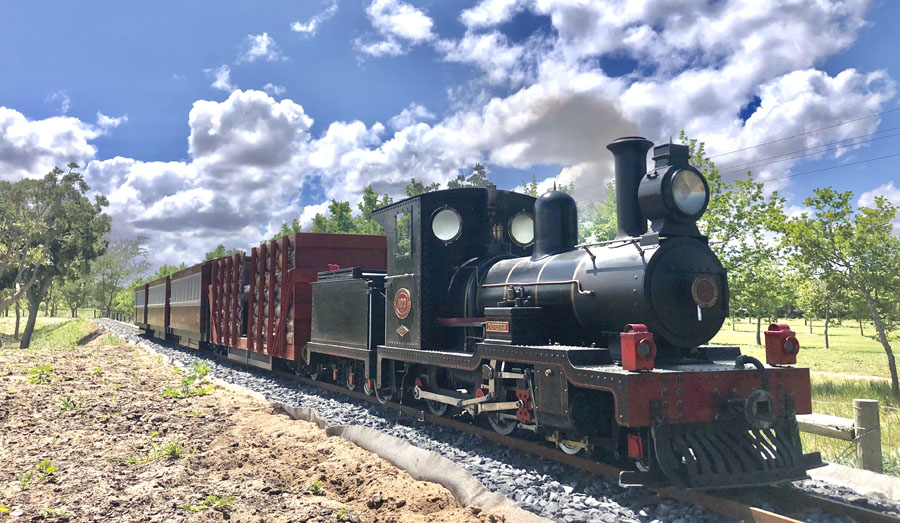 The team that was awarded the Guinness World Record in 2017 for the longest distance covered by a miniature steam train is setting its sights on improving its record.

Keyser Locomotive Works, together with the Pietermaritzburg Model Engineering Society, in South Africa, was able to cover 330km in 24 hours in its record-breaking attempt, which outstripped the previous 1994 record of 269km covered in 24 hours.

It did so for a number of reasons, one of which was the self-lubricating Vesconite polymer bushings that were fitted to the connecting and coupling rods.

These internal, hard-to-reach turning components did not need to be oiled, and this helped reduce stopping times during the record attempt.

“You can’t oil these bushings on the run,” says the locomotive owner Andries Keyser.

This was not the case with many of the original bronze bushings that had to be oiled every hour when the locomotives stopped and the drivers were changed.

Six of the main crank bushings are currently made from Vesconite polymer bushings on the record-breaking locomotive named Doreen, but the intention is to replace all the bushings with Vesconite eventually so as to reduce oiling requirements in future record-breaking bids.

“The Vesconite has no heat expansion and, using a sloppy fit, didn’t heat up at all,” Keyser notes.

“The engine output was not compromised in any way and still runs today on the same bushes, two years and many kilometers later,” he says.

Another innovation that will assist Keyser to further improve the record is the fact that he is building the longest straightest track that he can in the Stellenbosch Winelands, in South Africa. This will enable the locomotive to run at higher speeds on a track gauge of only 184mm.

Known as the Winelands Light Railway, Keyser is establishing a theme park with 1/3-scale trains, matching buildings, bridges and tunnels, and a hobbies expo for locomotive enthusiasts once a year. Presently there are four steam and one electric locomotive in the engine shed, with 13 wagons able to haul up to 50 people per train. Everything is hand made and based on narrow-gauge prototypes from all over the world.

Starting on the 14th of December 2019, the park will be open on weekends, public and school holidays if the weather allows. This unique attraction aims to become the biggest family-friendly destination in the Western Cape within the next 10 years.

Keyser will make another world-record attempt sometime in the near future, and expects that between 30 and 60km will be added to the current distance record.