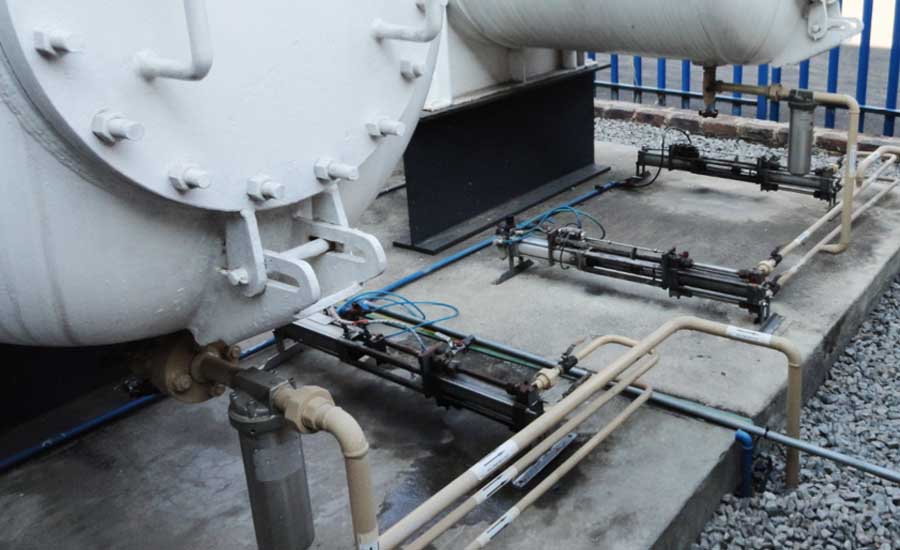 Several polystyrene factories use liquefied petroleum gas (LPG) pumps with Vesconite piston-rod bushings being used as a bush and wiper to clean the shafts and keep the contaminants out of the pump.

The bushings are used in Mevaco pumps which supply butane from the butane bulk tanks to the machines that manufacture the polystyrene.

Butane is one of the blowing agents that can be used in the production of expanded polystyrene. The gas is used to make beads of polystyrene expand to produce the foam that is eventually formed into polystyrene drinking cups, plates, picnic coolers and flotation devices, among other items.

Vesconite piston-rod bushings came to be used in LPG pump manufacturer Mevaco Pty’s pumps after several other materials, including porous bronze, graphite, carbon and glass-filled polytetrafluoroethylene and nylon, were tested and found unsuitable.

“Because of priming difficulties when pumping a liquid above its boiling point, and the fact that the liquid is a perfect solvent for most lubricants, LPG pumps are often run absolutely dry,” noted the LPG pump manufacturer’s late owner, Gerrie Meyer, in a product testimonial from Mevaco Pty to Vesconite 28 years ago.

“During use, especially when disconnecting hoses, liquid boils off in the pump and the freezing effect causes moisture to condense,” Meyer said, adding that this factor, together with the severe temperature changes, demanded large clearances for components.

Various alternative materials were chosen for the components, but none proved long-lasting under adverse conditions except Vesconite, which has a lifespan ten times that of bronze, does not swell unlike nylon, and is self lubricating.

“Many users of my pumps have marvelled at the ‘mysterious’ grey material used for these parts, and I am convinced that the resulting acquaintance with Vesconite has been responsible for far more use of it by various establishments than the modest quantity used in my pumps,” enthused Meyer in the testimonial.

Meyer’s family business, Mevaco Pty, continues to use Vesconite in piston-rod bushings and composite piston discs in its LPG pumps.

The company has manufactured more than 1,500 LPG pumps. Meyer and partner, Peter van Alpen, have been succeeded in the business by Max Viljoen, who is the present owner of Mevaco Pty.

The pumps that are in use at present have a life span of two to six years, with the longevity of the pump dependent on when the seals become unviable.

“There are pumps that have been running for 28 years where maintenance has been correctly administered and seals replaced,” enthuses Viljoen.

Besides being able to operate at low temperatures, Vesconite has a long-wear life that is superior to other materials, including nylon and bronze.

Alternative products also generally require large clearances because of temperature changes that can occur when the gas changes phase as a result of disconnecting hoses. Vesconite, in contrast, can operate with small clearances.