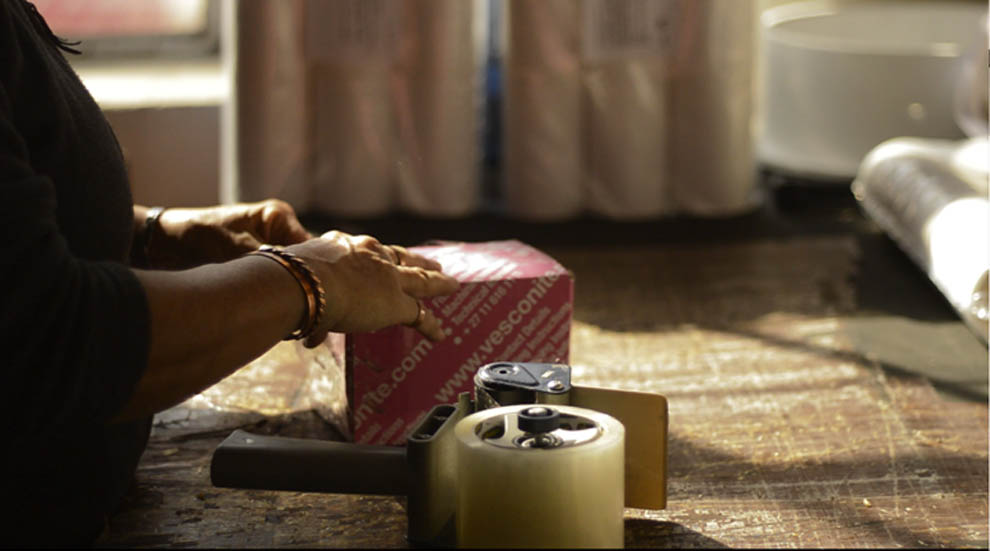 A South Africa-based self-lubricated polymer bearings and bushings manufacturer, Vesconite Bearings, is proud that lost packages are becoming a thing of the past.

This is following the introduction three years ago of shocking pink packaging colours for all its outbound shipments.

Chairperson Dr Jean-Patrick Leger had found that parcels were frequently lost after hand-over from the courier company to the airlines.

“It was unbelievable: sometimes shipments weighing tons would just disappear, only to be found months later in an airport warehouse hundreds of thousands of miles away from the original routing,” he says.

With the introduction of bright pink packaging, with diagonally-worded text with website and telephone details, as well as a bullet-point invitation to contact the company for fitting and machining instructions and technical information, lost packaging has become a rare occurrence.

Leger notes that he was advised to choose packaging that stood out from the crowd, and considered pink, since this was a favourite colour of his late mother.

Various people tried to dissuade him of this colour choice, largely because the colour is strongly associated with women, who have traditionally not been a large market for the company.

However, the deeper pink hues of the Vesconite Bearings packaging seem to have resonated well with clientele, perhaps because analysts now suggest that fuchsias and magentas, as well as other deeper pinks, are considered vibrant and youthful, and are also associated with a sense of confidence.

Such seems to have been the thinking of other brands, such as T-Mobile, which has also chosen a similar colour for its brand to help it stand out among other mobile communication providers while adding life and energy.

Vesconite Bearings’ packaging colour seems to have had a similar effect.

The company ships rods, tubes, plates as well as finished items globally, and its packaging comes in various sizes, with a liner, corrugated medium, another liner, another corrugated medium and then a final liner of pink.

“It feels as if my late mother is watching over each package and ensuring that it does not get lost,” says Leger, reinforcing how the colour choice was initially inspired by his mother and is an ongoing tribute to her.