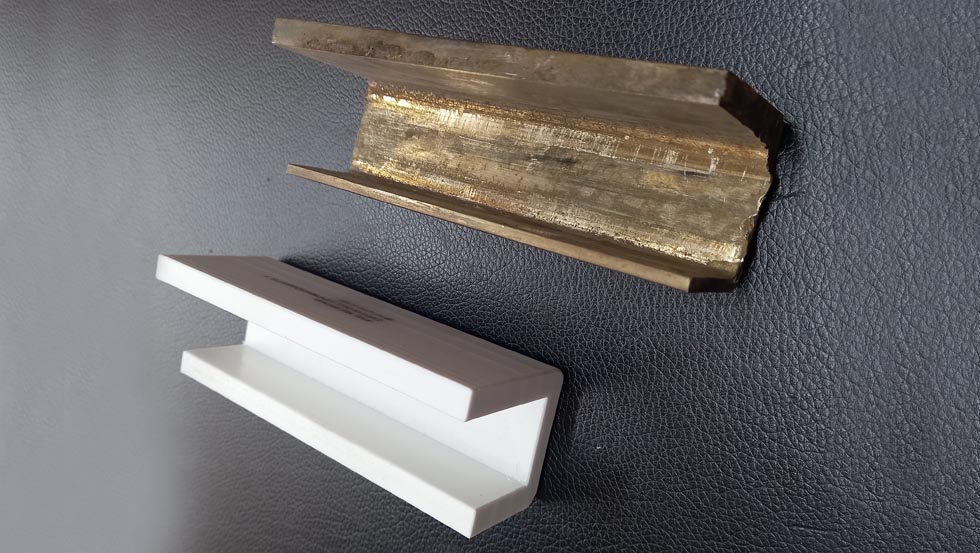 A Vesconite Hilube U-shaped liner bearing has been used successfully for 350 hours on a Komatsu 675-5 motor grader thanks to an engineering innovation by Hans Bester, from the South African farm Novo, owned by PW Meiring.

The U-shaped plate bearing is fitted on the mould board side shift of the grader and acts as a guide on the grader assembly.

The grader assembly, in turn, is used to construct water ways, embankments and contours, and generally protect against soil erosion at the farm that produces maize, soya and sugar beans, potatoes and wheat.

Bester had constructed his own liner bearing assembled out of small pieces of Vesconite Hilube previously. This had lasted for 600 hours and it outperformed the previous bronze OEM part that had lasted 500 hours in the same application.

Since then, he has installed a single piece of Vesconite Hilube, machined according to his specifications by the Vesconite Bearings factory.

This was much cheaper than assembling smaller pieces of Vesconite Hilube, says Bester.

He is convinced that the single uniform part made from Vesconite Hilube will outperform his prototype part, and believes that it may be able to operate even longer.

It is also much easier to install, Bester notes.

The OEM bronze part required regular greasing but, with greasing, an abrasive grinding paste resulted when the grease combined with the soil that the grader moved.

Meanwhile, the OEM part wore out quickly without greasing.

Bester, who has worked in soil protection for 40 years, notes that there was a need for Vesconite Hilube since the bearing material protects the grader assembly from wear and aids hard-working graders that are busy for eight hours a day in the most arduous grit-filled conditions.