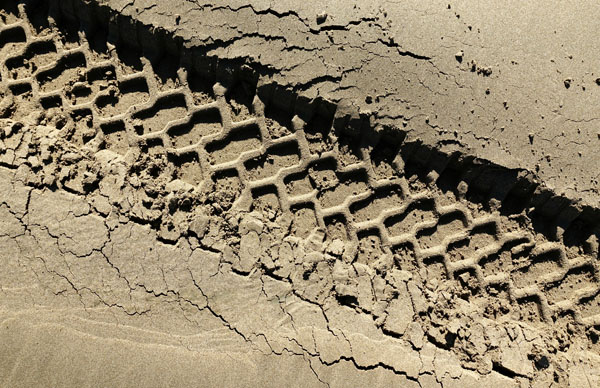 Regular greasing of the hanger and spring eye bushings through the nipples should be carried out. But in practice lubrication is often neglected.

A high proportion of the roads used by the tanker in this trial were dirt roads. This means that the bushings were subjected to excessive dirt and dust. The tanker was in almost constant use, making the trial a severe one.

After two years the bushings on the tanker were inspected. The bronze bushings were completely worn out. As may be seen in the photograph some had worn through to the housing.

Severe pin wear and even housing damage occurred. All the pins had to be replaced.

The Vesconite bushings were still working well with less than 0,2mm (0.008″) wear measured.

Negligible pin wear was found on the Vesconite side and the pins could be reused.

Bronze could not survive the dirt, dust and infrequent greasing. The ability of Vesconite to withstand the effects of dust, dirt and a lack of grease is illustrated particularly well in this application.

Back to Vesconite Automotive
Want to know more?