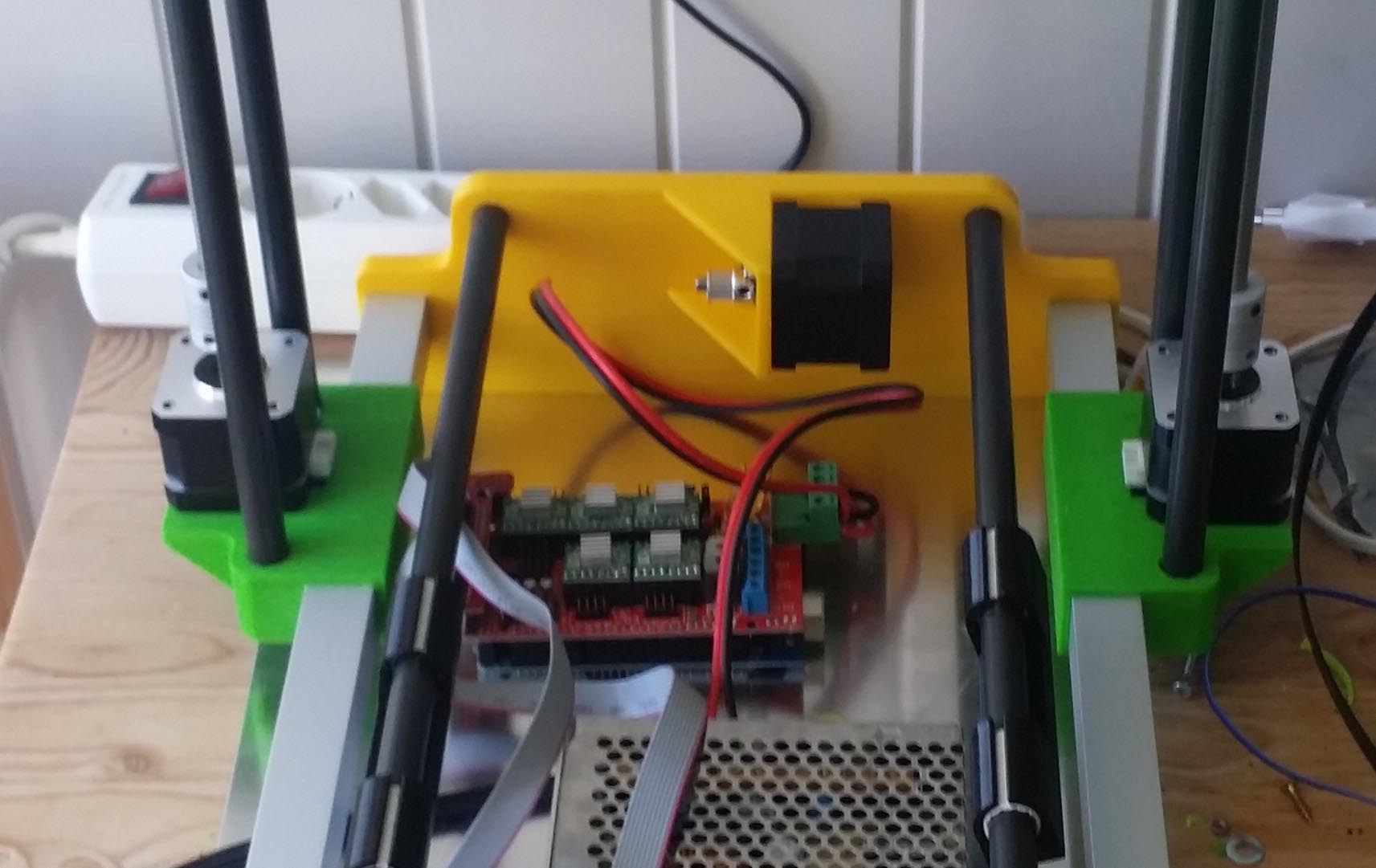 Norwegian innovator Kent Thoresen used Vesconite Hilube sleeve bushings in his project to build a more reliable and less-noisy 3D printer. About eight years ago, he started 3D printing various parts for other projects and became aware of some clear weaknesses in open-source 3D printer designs. So, he started redesigning and refining his own 3D printer. Friends began to request his designs, as well as friends of friends; he continued to refine his designs, eventually building more than 200 printers for his network of acquaintances.

His current printer assembly is stiff and dependable, an improvement over many of the low-cost, flimsy designs that are available. It is tough and technically solid, and does not require calibration if the plates are moved, unlike many of the less-sturdy, commercially-available designs.

“The current design has been tested for almost 4,000 hours,” said Thoresen in June 2018. “I will test it for 5,000 hours and, if I am comfortable with its performance, the design will be released to the open-source community.

“After 2,500 hours, we also tested the bushings and there was no indication of wear,” he continued. The bushings, along with the other printer components, were currently undergoing their final leg of testing in June 2018 and, if they proved themselves, were to be part of the final design.

“We want to create a printer that is cheap, dependable, and will eliminate worries about wear,” Thoresen noted. “Print jobs can take two to four days and I want to ensure that users can print continuously without having to worry about equipment failing or cost of the print time and the material used should there be a failure.”

Back to Vesconite 3D Printer Bushings
Want to know more?