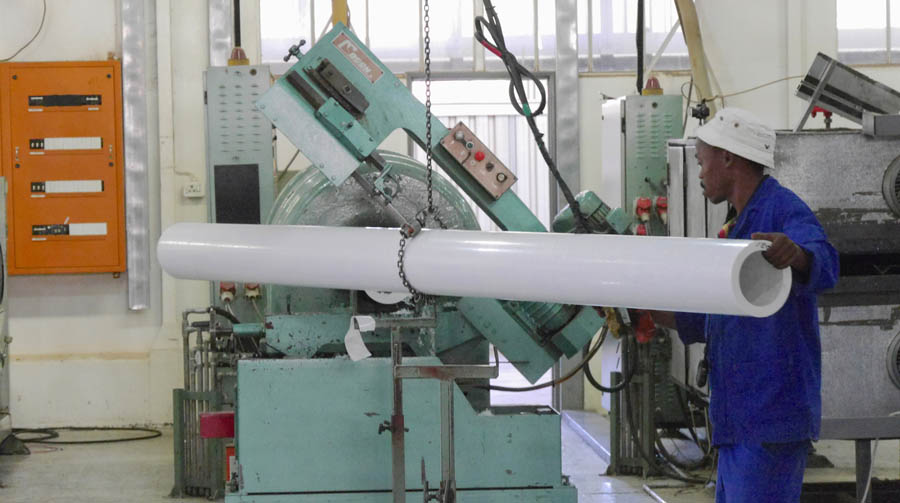 Vesconite Hilube bushings, which were installed on the control arm linkages on the radial deep sluice gates on a hydropower dam on the Nile River, are still operating some seven years after a complete overhaul of the systems controlling water flow in 2013.

A company representative reports that the sourcing and specifying of components, including the no-swell self-greasing high-load-bearing bushings, were part of the turnkey scope of work performed by the company, which was responsible for all electrical, mechanical and hydraulic aspects of the project.

The engineering firm and its contractor then machined the bushings to the required size before dispatching the bushings, together with the other components and equipment required for the dam gates, to the Nile River project.

Eight bushings were installed on five 9.5-meter control arm linkages that link hydraulic cylinders to dam gates that are used to control the water flow along this part of the Nile River.

They had to carry 80 tons per arm but, since a safety factor of two was required, it was specified that each bushing had to be designed for 160 tons.

The contract was completed in two years from signing, including one year allocated to manufacturing and one month allocated for the installation of the five gates, including the bushings.

The company explained that the linkage arms connect the sluice gates to the hydraulic cylinder.

The sluice gates can be lowered or raised with the water on the Nile to allow for optimal water volumes in the dam, which would otherwise risk being breached if the flood waters were not controlled sufficiently.

The project manager had intended to visit the installation in 2020 to inspect the gates and the bushings, with a site cover on each bushing removed during the inspection.

The project manager is satisfied with the relatively-maintenance-free solution with a high degree of redundancy that his company was able to provide the country authorities.

This large-scale project involved the installation of 275t of equipment, the co-ordination of suppliers from various countries, and challenging climatic and logistic constraints.