At 87, serial entrepreneur Alain Leger, who founded one of South Africa’s most successful manufacturing enterprises, is a seasoned business person celebrating the 60th anniversary of the company he founded.

While the art of taking on financial risks in the hope of achieving profits has eluded many, being a financially-savvy innovator has been in his blood for decades.

The battle-scars of his entrepreneurial journey taught him many life lessons, and for those interested in manufacturing, selling services, or business in general, his story and the eight lessons behind them is an instructive one. 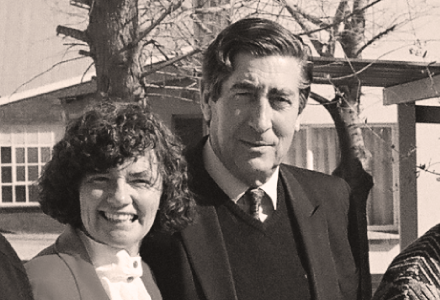 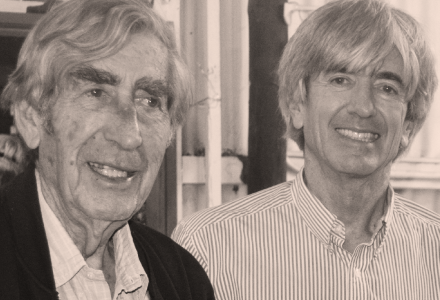 Choosing the right partners and business is vital to the success of a company.

Given that more than 500 000 businesses are started each year in the US alone, coupled with a 50% failure rate within the first five years, choosing the right business and the right partners is critical.

Leger recounts that a serious mine accident served as the catalyst for his first business in engine reconditioning.

Soon after starting his chemical engineering career in 1956, at the Orange Free State’s Merriespruit gold mine plant, an underground flooding accident led to the mine’s closure and Leger’s transfer to a uranium plant in nearby Virginia, where he continued working as a research engineer.

While employed at the plant, two Mauritian emigrés approached him with an opportunity to invest in an engine-reconditioning business in Virginia, indicating that they were familiar with the industry and that there was a strong demand for this service. Leger’s involvement would be limited to supplying the finances, the property, equipment and the operating capital.

However, the venture did not go well. The Mauritian partners turned out to be technically incompetent and Alain Leger soon found himself drawn into the technical and day to day operational aspects of the business.

The business was soon faltering, and even finding a suitable technically-qualified staff-member did little to rescue the company due to personality conflicts between the partners and their new recruit.

“It was a matter of using my mine salary to pay for the expenses while working after-hours from 5pm to midnight, sorting out the paper work, and so on,” recalls Leger. “It was difficult to fight a lost cause.”

Experience is the cheapest way of seeing the world as long as you get it from someone else.

This is one of Leger’s favourite sayings and relates to some of the costly (but useful) lessons he learnt while establishing his business.

Following his foray into engine reconditioning, Leger reconsidered his options. Among these was whether he should remain in the business.

But fate was about to steer him in a new direction and a visit to Pinetown got him interested in the hard-chrome plating business.

“At the time there were some very big companies there that were closing down,” Leger says of his decision to buy a chrome plant in 1960. But it wasn’t all plain sailing…

“That plant was useless, the machinery was useless and the loss of money was real. It took a few more years to get the technology working. We had to stop everything and start at developing a reasonably good business in hard-chromed crankshafts on a national basis.”

As any seasoned business veteran will tell you, technology can alter business fundamentals, as can shifts in the business operating environment, competitor innovations and ever-changing consumption patterns. Hence, the importance of identifying whether these changes require a shift in one’s own business model.

“I could see that the whole engine business was going to come to an end because car engines were lasting longer due to the better air and oil filters. Instead of a crankshaft having to be replaced every 30 000km, it would probably last 300 000km or more.”

This insight spurred Leger into revisiting the various options.

“I worked hard experimenting for about five years, and spending a lot of my time thinking about possible new directions in which to redirect the business. I had some premises and some skilled people in machining and had started doing a lot of polymer experiments, converting a very small kitchen upstairs into a laboratory.”

And with this, the seeds for Vesconite were sown.

Alain Leger is a fan of this mantra, which is all the more poignant given the high level of failures among business start-ups and the importance of being willing to explore alternatives, learning from mistakes and not taking failure too personally.

He developed one-stop surface coatings for floors and walls – these were hard-wearing, resilient products. He also started importing engineering plastic products for resale – nylon mainly – from a German company.

These projects didn’t come without their challenges. The surface coating business required contractors to apply the coatings, but in many cases they failed to pay for the material. “That was not such a good business,” Leger remarked, with characteristic wry irony. “The product was good but the business was bad.”

The nylon-importing business also had its flaws. The product range had to be large. Likewise the stock levels. Compounding these cashflow pressures, the nylon was used in an underground mining environment that’s characterised by high humidity. This often led to the material expanding (due to moisture absorption) and eventual seizure.

“The weakness of the nylon product was clear,” says Leger.

Meet the unserved needs of customers and eliminate customer frustrations.

Leger’s own experience of solving a real problem echoes the ideal of selling a product that’s tailored to a client’s specific needs.

Setting his fledgling polymer business temporarily aside, he continued with the hard-chrome crankshaft business, but at the same time started to identify an industry gap he believed he might be able to fill.

“I got the idea of getting some polyethylene granules and melting them in the ovens that we used to anneal the crankshafts after treatment to try to protect them against breakage. And so we started producing cast polyethylene rod, which was easy to machine. This was the beginning of our engineering plastic material business.”

Find the right product and optimise the business for its sale and production.

Leger continued to be intrigued by the idea of developing his own polymer bearing material. He was inspired by the new low friction polymers coming out of Europe, and believed they could be applied locally.

“So I started experimenting,” he says. “There were a number of ways of lowering the friction from compounding. And from there, one could develop a range of rods and bushes.”

“There was initially a small problem… When we machined some of the material, it blew up!”

“I was worried for the safety of my staff. A lot of work was required to gradually reduce the material’s self-destruction. It took days and months and years of gradual improvement.”

Leger undertook literally thousands of tests in his search for an ideal combination of low wear and low friction. He tested the limits of the material under varying speeds and loads, both lubricated and unlubricated, and experimented with different material compounding and treatment methods.

“And eventually we got it all working, producing the polymer Vesconite from base materials.” And this had one big advantage: “It really reduced the cost of the material.”

From here, Leger designed the processes for the polymer production and the machinery required for it.

He remains convinced that having a unique polymer material was key to the business’s eventual success. Which would not have been the case with a generic-type nylon product.

Commitment to the business.

Over the years to follow, Alain Leger and his wife Máire worked many long hours developing the product and marketing it to different industries. He notes he was lucky enough to work an 80-hour week at times – a small glimpse into the commitment required to develop a successful company.

It was now just a matter of upsizing and increasing the scope of activities.

Although initially the demand for his polymer material was limited, he saw numerous potential applications.

“The export market gradually developed as did our applications in various fields.”

Slow and steady eventually won the day. A store and sales office in Johannesburg was opened, and a number of global distributors was appointed over time. Throughout this growth period, costs were kept under control and prudent investment decisions made.

Improvement needs to be continuous.

Leger is fond of quoting: “The biggest room in the world is the room for improvement”. A dictum the company strives to embody, and reflected in its SABS and ISO9001 quality approvals, as well as its commitment to client service and manufacturing excellence.

Sixty years on, VescoPlastics marks its 60th anniversary. Today, the company is internationally known for its superior performance low-friction bearings and wear products. It produces a vast range of polymer rods, hollow bars and plates at an impressive 20,000-square-metre factory in Virginia, South Africa. The product is used in a range of industries – pump, agricultural, marine, automative, railways, hydro, to name just a few –  in countless bushing applications.

The company has warehouses in the US, UK, Netherlands and New Zealand, with stocking distributors in Argentina, Australia and Singapore. VescoPlastics serves customers in more than 100 countries, exports over half its total sales, and dispatches large orders regularly to the US, China, South America and Australasia.

The company is continuously improving its processes and responding to client needs for improved delivery times, polymers that meet new requirements and engineering for new applications and an ever changing global business environment.